As part of the “Rembrandt Remastered” project, all of Rembrandt’s works have been digitally remastered and are being exhibited all over the world. For the next three years, this prestigious collection will be on view in the largest shopping mall in Tokyo, Japan. Van Straaten has produced the print of Rembrandt’s masterpiece The Night Watch, using the latest technologies.

Measuring 4.3 x 3.6 metres (14 x 12 feet), The Night Watch is not only the most celebrated, but also the largest, of Rembrandt’s paintings. The sublimation printer procured by Van Straaten earlier this year, the biggest in the world, was the perfect choice to print the remastered Night Watch. A distinctive feature of this version is that Japanese paper was used, just as it was in the original Night Watch. Furthermore, the remastered version is somewhat wider that the original: when the painting was moved to the Royal Palace of Amsterdam in 1715, several strips were sliced off, and so The Night Watch printed by Van Straaten literally affords a new perspective on the original. 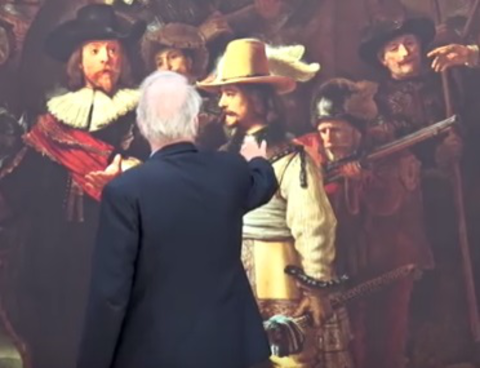