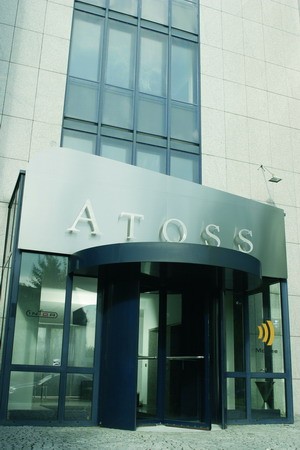 ATOSS Software AG presents its fifth record result in succession. Overall sales were up slightly at EUR 29.3 million (previous year EUR 29.1 million). However growth in the workforce management specialist’s core software segment was above the trend, with turnover up 6% over the year before at EUR 17.8 million (previous year 16.8 million). The Munich-based company is also reporting a substantial increase in earnings. Operating profits (EBIT) were up by almost a quarter at EUR 6.8 million (previous year: EUR 5.5 million), Shareholders are due to benefit from this steep increase in profits with a dividend up 20% at EUR 0.60 (previous year EUR 0.50). With orders remaining stable, the Management Board takes an optimistic view of the current year 2011.

While industry association BITKOM reports that the software market in general in Germany rose by 3.5% in 2010, ATOSS put on 6% in its core business segment. This not only underscores the fact that ATOSS’ chosen field workforce management is itself is a growth area: more particularly, it demonstrates the level of customer appreciation for the solutions developed by ATOSS which are now ideally positioned in the market.

Solid balance sheet underscores the security and reliability of ATOSS

ATOSS Software AG enjoys excellent relations with its customers. This is clearly reflected on balance sheet both in the extremely low level of receivables and in the further reduction in time to payment. For financial year 2010 the company reported receivables of EUR 3.1 (previous year EUR 4.3 million). The time to payment measured in days was also 13 days shorter, averaging 32 days in 2010. Allowances fell to EUR 0 (previous year TEUR 16), providing a reliable indicator of the excellence both of the company’s business processes and of its customer relations. The company’s equity base also signals confidence in the future. The equity ratio in 2010 stood at 63% (previous year 57%), with the return on equity unchanged at 27%. The operating cash flow at EUR 5.8 million (previous year EUR 7.6 million) coupled with increased liquidity at EUR 20.7 million (previous year EUR 19.3 million) provide a secure foundation on which to finance the increased expenditure on research and development and the continuing development of the ATOSS business model planned as part of the company strategy for 2011.

ATOSS stock again put on a strong performance in 2010. The comparative DAXsubsector Software Performance index put on 19% in the course of the year, whereas ATOSS shares rose 38% in an increased volume of trading. The continuing attraction of the stock is confirmed by analysts and supported by the company's consistent dividend policy. Since it was first announced in 2003, this policy has been pursued without deviation. With earnings per share in 2010 coming in at EUR 1.21 the dividend is set to rise by 20% to EUR 0.60 provided that the AGM on May 3, 2011 concurs with the management's proposal. Despite the increase in the share price, this represents an attractive dividend yield of 3.5%. Overall, since the dividend policy was introduced in 2003, shareholders have received distributions totaling EUR 10.70 per share.

Outstanding starting point for business in 2011

Based on the strong results for 2010 and lively orders for software licenses, ATOSS is off to a flying start in the new financial year 2011. While continuing to abide by the company’s usual conservative planning policy, the Management Board expects to see stable to moderately increasing sales in the current year with a dependable EBIT margin of around 20%. This is all the more impressive given that activities at ATOSS in 2011 will focus on the selective development of the company’s business model and the targeted exploitation of growth potential in selected sectors and regions.