Appointment of Josip Kardun, CEO of the Atrium Group 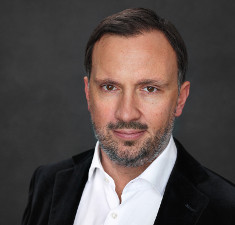 The International Council of Shopping Centers announces the appointment of Josip Kardun, CEO of the Atrium Group as the new Vice-Chair of the ICSC European Advisory Board.

Josip has been a member of the ICSC European Advisory Board since 2008, a member of the Executive Committee since 2011 and served as Chair of the ICSC European Next Generation Advisory Group from 2008 to 2013. Josip joined the Atrium Group in February 2014 and was promoted to Chief Executive Officer in December 2014 after gaining experience in Atrium’s international real estate development, construction and operation, and in their senior management team.

Josip joined Atrium from European retail property specialists ECE Projektmanagement where he worked for seven years in a number of senior positions and served as Chief Investment officer and Head of the Mergers & Acquisitions and Transaction Management Group. Prior to joining ECE, Josip was General Manager at Sierra Management Germany GmbH, part of the international shopping centre development and management group Sonae Sierra.

Commenting on his appointment, Josip said “I am honoured that ICSC has entrusted me with the position of Vice-Chair. Over the past 10 years I’ve been growing my career also through this association and I am grateful for getting the opportunity to further contribute to ICSC’s success.”

Marcus Wild, Chairman of the ICSC European Nominations Committee said “Despite his young age, Josip brings to this position his wide-ranging professional experience as well as his network in Eastern, Central and Southern Europe. Josip has been heavily involved with ICSC in Europe as a leader of the Next Generation Advisory Group as well as in many other activities, and his emphatic, yet critical approach has always been very much valued. Josip is an individual whose personality has grown together with ICSC, earning him this appointment to Vice-Chair of the European Advisory Board.”