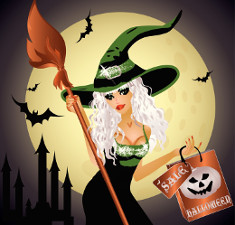 More costumes than ever will be flying off the shelves as Americans gear up to celebrate the spookiest holiday of the year, according to NRF’s Halloween Consumer Spending Survey conducted by Prosper Insights & Analytics. More than two-thirds of celebrants will buy Halloween costumes for the holiday, the most in the survey’s 11-year history.

The average person will spend 77.52 dollars this Halloween, compared to 75.03 dollars last year. Total spending on Halloween this year will reach 7.4 billion dollars.

“As one of the fastest-growing consumer holidays, Halloween has retailers of all shapes and sizes preparing their stores and websites for the busy fall shopping season,” said NRF President and CEO Matthew Shay. “There’s no question that the variety of adult, child and even pet costumes now available has driven the demand and popularity of Halloween among consumers of all ages. And, with the holiday falling on a Friday this year, we fully expect there will be a record number of consumers taking to the streets, visiting haunted houses and throwing unforgettable celebrations.”

Candy and greeting cards alike will be popular items this season, as consumers will spend 2.2 billion dollars on candy this year and 35.9 per cent of people will be sending Halloween greeting cards. With Americans planning to spend 2 billion dollars on decorations for the frightful holiday, life-size ghosts, pumpkins and festive décor will be aplenty on lawns and doorsteps throughout the country.

Consumers will celebrate the holiday in many different ways, but topping the list of planned activities is handing out candy (71.1 per cent), while others will decorate their homes and yards (46.7 per cent), and dress in costume (45.8 per cent). One-third of Americans will be throw or attend a party (33.4 per cent), which is up from last year (30.9 per cent).

Much like last year, consumers will hit the stores and the Internet early to get the first pick of costumes and candy. According to the survey, nearly one-third of celebrants (32.1 per cent) say they will start their Halloween shopping before the first of October. And, while 43.3 percent of celebrants kick off their shopping in the first two weeks of October, one-quarter (24.6 per cent) will wait until the last minute and shop the last two weeks of October.

While the bulk of Americans will look for costume inspiration online (34.2 per cent) or in a retail store or costume shop (33 per cent), Pinterest is a growing source of inspiration this year. The survey found 11.4 percent of Americans will turn to Pinterest for costume ideas, up from 9.3 per cent last year. Young adults will drive the most Pinterest traffic: 21.2 per cent of 18-24 year olds will turn to the popular site for ideas, as will 21.0 per cent of 25-34 year olds.

“Social media is a great tool for consumers to find inspiration for all of their Halloween activities, including finding tips for decorating their homes and yards, looking for personal and even family costume ideas, and even finding the best deals from retailers,” said Prosper Insights Principal Analyst Pam Goodfellow. “As the popularity of Halloween continues to grow to unseen levels, there is no doubt that Americans this year will find ways to get in the spirit, looking for affordable, fun ways to celebrate with their families.”

For some consumers the U.S. economy is still top-of-mind. According to the survey, 18.8 per cent say the state of the U.S. economy will impact their Halloween spending plans. Specifically, nearly two in five (19.7 per cent) of those impacted will utilize their creative skills and make their own costumes rather than buying a new one this Halloween.