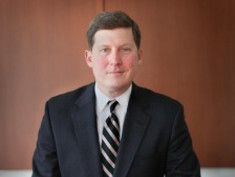 The National Retail Federation today announced the launch of United for Patent Reform, a new coalition co-chaired by NRF and Oracle and comprised of grocery, hotel, retail, restaurant and technology associations and companies. The broad business coalition will pursue patent reform legislation aimed at curbing abuse of the patent system by “patent trolls.”

“The nation’s retailers stand united with leading technology companies in the fight against patent trolls,” NRF Senior Vice President for Government Relations David French said. “Patent trolls have abused our patent system with their coercive bribery schemes for far too long. Main Street businesses and our allies in Silicon Valley have had enough and are fighting back in an all-out effort against patent trolls.”

“There is strong consensus in the business community and in Washington that patent reform legislation is needed to end the patent troll racket,” French said. “The White House, Supreme Court and Congress have all signaled that patent reform is necessary and now is the time to act. Retailers look forward to working with reform-minded lawmakers and other stakeholders on this pro-business, pro-jobs issue."

Patent trolls are firms that buy overly- obscure, general or vague patents with the sole purpose of extracting licensing arrangements and settlement payments by threatening businesses and companies with claims of patent infringement. The threats often involve opaque claims regarding common practices, services or technology. The trolls’ hope is that businesses would rather settle or pay a licensing fee instead of hiring attorneys to review infringement claims or fight back in court. Retailers of all types and sizes have all been victimized by patent trolls, and the Boston University School of Law estimates that abusive patent troll practices cost the U.S. economy roughly $30 billion per year.