Leroy Merlin deploys Pricer ESL across all its stores 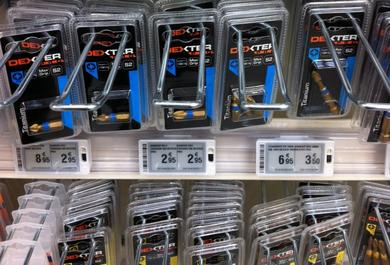 France's largest DIY and home improvement chain – Leroy Merlin will install Pricer's system in all its 121 stores by the end of 2015. 35 store installations are planned for 2014 and the rest during 2015. The project value is estimated at SEK 130M (USD 20M).

"This is probably the largest ESL project in France during the last two years and it is very demanding” says Harald Bauer; Pricer's acting CEO. “It requires us to deliver around 4M ESL in about 18 months. The agreement follows a challenging pilot where Leroy Merlin looked at the best price/performance ratio over time and compared our solution to our competitors."

Leroy Merlin decided to roll out a mix of economical segment based ESL together with featured graphic E-Paper based labels. By winning this project, Pricer system is the solution of choice for the DIY market in France, which is dominated by Leroy Merlin and Castorama. Leroy Merlin is part of the Adeo Group, the third largest DIY operator worldwide.