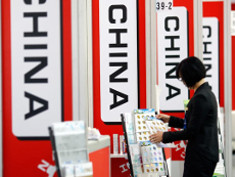 China – especially Shanghai – is an international melting pot with a booming retail landscape that demonstrates a powerful dynamic. The time is ripe for China to have its own retail trade fair: C-star 2015!

Messe Düsseldorf’s declared intention is to establish a premium retail event in China with a large percentage of international exhibitors. And the odds are in favour of meeting this goal.

Today, one year before the C-star premiere from 13 to 15 May in Shanghai, we already have binding registrations from US-American, Australian, French and Chinese companies, as well as larger national participations.

France, Italy and Brazil, for example, will be represented in Shanghai with their own national pavilions.