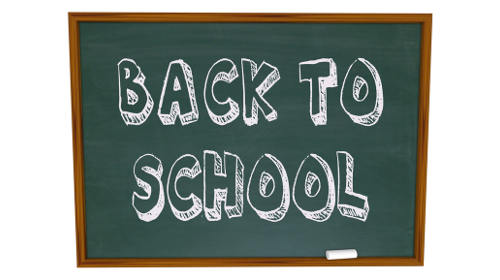 Recognizing that a number of the best deals of the summer are still to come, some families have only scratched the surface of their back-to-school shopping lists as of mid-August. According to NRF’s latest Back-to-School/College Surveys, the average family with children in grades K-12 completed just half (49.9%) of their shopping by that time, down slightly from last year (52.1%).

“As the shopping season draws to a close, budget-conscious parents are likely hoping that end-of-summer sales and promotions will be just what they need to wrap up their school lists,” said NRF President and CEO Matthew Shay. “Much of the delay this summer could also stem from families holding out for a sales tax holiday in their state, as well as from influential teenagers who want to first see what their friends are buying before they ask mom and dad to commit to their fall needs.”

According to the survey, as of August 12, fewer families had stepped out to take advantage of retailers’ special school savings opportunities; specifically, one-quarter (23.6%) had not started shopping yet, up from 20.9 percent last year. However, there were some who were eager to get started as they looked to spread out their spending: 15.7 percent say they have completed their lists, which is about the same amount as last year.

College families on the other hand, got a good jump on retailers’ sales and promotions this summer: 23.4 percent say they are completely finished with their lists, up from 20 percent last year. Additionally, slightly fewer families this year say they haven’t started shopping (26.2% vs. 28.8% last year.)

Hoping to trim the costs where they can, some back-to-school shoppers made it a point to look for coupons and sales while scouring for new footwear, supplies, electronic items and apparel. And, according to the most recent survey, 15.2 percent of back-to-school shoppers said 100 percent of their purchases were influenced by coupons, sales and promotions, the highest percent since 2011; 14.8 percent of college students and their families say 76- 99 percent of their shopping was influenced by coupons, also the highest for that range in the survey’s history.

In July, NRF found eight in 10 (81.1%) families with children in grades K-12 said the state of the economy would impact their school spending in some way; seven out of 10 (77.2%) college students and their families agreed.
In the survey, when asked what payment method back-to-school families used most often to purchase school necessities, 44.9 percent say they have or will use their debit cards more than cash (24.9%) and credit cards (27.9%). College students and their families have or will use debit cards (43.4%), followed by credit cards (33.7%) and cash (18.9%).

To gauge the level of influence a school may have on both back-to-school and college shoppers’ intentions to buy supplies and/or electronics, NRF asked parents this year about specific course/school requirements.
According to the survey, nearly one in five parents (18.2%) say that 100 percent of their back-to-college electronics purchases were influenced by course/school requirements.

“As schools looks to parents more and more to help fund classroom needs, parents are looking for as many ways as they can to cut costs, and that could very well be why we’re seeing more people seek out coupons and sales this summer,” said Prosper Insights Principal Analyst Pam Goodfellow. “Low prices at the end of the season will definitely drive more college and school families to shop last minute, especially for those with specific items they need in order to start the school year.”