Q3 recovery slows, even if Christmas provided some respite 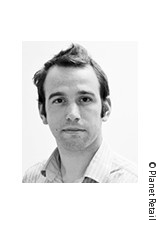 David Gray is a Retail Analyst based in London with a focus on Tesco’s global operations.

With growth of Aldi/Lidl at the value end, M&S Food lording over the premium segment and Sainsbury’s holding its own in the mid-market, this comes as little surprise. In International, despite improving sales damage limitation will continue with the closure of the Turkish dotcom business and a potential sale of peripheral banners in CEE.

“As anticipated, Tesco’s Q3 domestic recovery has slowed, with like-for-like declines widening on Q2, even if the shorter Christmas period delivered a more positive number. This was to be expected considering Dave Lewis has always said recovery would be choppy. Even so, a slowdown is a slowdown. The difficulty for Tesco is that, by being the UK’s largest retailer, it has most to lose from wider food price deflation and structural shifts. With Aldi/Lidl gaining share at the value end, M&S Food ruling premium and Sainsbury’s holding the middle ground, Tesco is stuck between a rock and a hard place.

“In International, despite a more positive tone on Turkey –Tesco holding on to a handful of outlets it had planned to sell – damage limitation will be the watchword. The closure of an unprofitable Turkish e-grocery business and a potential sale of the Žabka c-store unit in the Czech Republic are further evidence of efforts to drive the bottom, rather than top line. The days of the UK arm being raided to fund international ventures – like the ill-fated US odyssey – are long gone.

“Foreign adventuring hasn’t been all bad. Asian expansion did deliver a big windfall last autumn with a sale raising some £4 billion. And Tesco still holds valuable assets in Asia – the Thai business (which has long-term growth potential), plus Malaysia (though potential here is less obvious), while India (though not valuable at the moment) is set to receive more attention.

“While the mood from Cheshunt HQ may well be one of quiet optimism, many analysts will be asking why Q3 domestic sales declines widened, rather than narrowed.”