Retailers Stock Up for Spring 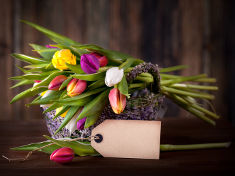 Import volume at the nation’s major retail container ports is expected to increase 12.4 percent in March as retailers begin to stock up for the spring and the summer season, according to the monthly Global Port Tracker report released by the National Retail Federation and Hackett Associates.

“Retailers are bouncing back from the annual post-holiday slowdown and getting ready for the surge in activity that comes each year as the weather warms up,” Vice President for Supply Chain and Customs Policy Jonathan Gold said. “Shelves are going to be well-stocked with everything from bathing suits to barbecues.”

“Congestion has been a problem for many ports during this slowdown, so operations will need to improve to handle the expected surge in the coming months,” Gold said. Cargo movement at some ports has been slowed by a number of issues recently, including severe winter weather and shortages of labor and equipment.

U.S. ports followed by Global Port Tracker handled 1.36 million Twenty-Foot Equivalent Units in January, the latest month for which after-the-fact numbers are available. That was up 5.3 percent from December and 4.1 percent from January 2013. One TEU is one 20-foot cargo container or its equivalent.

The import numbers come as NRF is forecasting 4.1 percent sales growth in 2014, contingent on how Washington policies on economic issues affect consumer confidence.

“At the end of the day, it all depends on consumption,” Hackett Associates Founder Ben Hackett said. “We cannot escape the basic tenant of economics that demand determines growth or weakness.  Somehow, the average consumer needs to be given the economic confidence to go out and spend. Without that, the economy will remain weak and no amount of tinkering by the Federal Reserve will have much of an impact.”

Global Port Tracker, which is produced for NRF by the consulting firm Hackett Associates, covers the U.S. ports of Los Angeles/Long Beach, Oakland, Seattle and Tacoma on the West Coast; New York/New Jersey, Hampton Roads, Charleston, Savannah, Port Everglades and Miami on the East Coast, and Houston on the Gulf Coast. The report is free to NRF retail members, and subscription information is available at www.nrf.com/PortTracker or by calling (202) 783-7971. Subscription information for non-members can be found at www.globalporttracker.com.