Retail footfall on the way back up 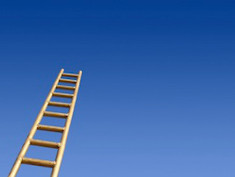 The latest figures from Ipsos Retail Performance show an improvement to average weekly shopper numbers in March. The Retail Traffic Index, which measures the number of shoppers entering over 4000 non-food retail stores across the UK, rose by 4.5% on February, better than the monthly lift of 3.8% in 2013, despite Easter falling into March last year. For this reason the year-on-year figure saw a decline in March, down 3.7% on last year.

“Compared to last year, March 2014 has been low key,” comments Dr Tim Denison, Director at Ipsos Retail Performance. “We suffered from heavy snow fall and cold weather last March, but we also benefited from the Easter holidays. It is difficult to interpret just how good the latest footfall figures are, but it is fair to say that we had expected year-on-year growth to return in March and that was not the case. Certainly the de-seasonalised trend is stronger than it has been since last July and there is no reason to expect this to falter. Consumer confidence is up there with the skylarks, reflective of ‘good news’ stories outnumbering the bad.”

For householders there is growing cause for optimism over their financial wellbeing. Inflation is below 2% for the second month on the trot and on a par with wage rises, energy price freezes are being actioned, an income tax threshold rise is pending and more people are in employment; these are all contributing to a belief that real disposable income levels are now moving in the right direction and that individuals are beginning to feel better off once more. Interestingly though the mending economy is less about consumer spending than perhaps thought in recent months according to the latest government statistics. Other elements of the service sector have been growing quicker than consumer spending which only grew by +0.4%.

“Shoppers will be stepping out over Easter with more certainty and intent than they have done for a while,” believes Denison. “We forecast that footfall levels to be 4.1% higher over the holiday fortnight than they were last year. If proven this would be an indicator that demand is strengthening non-food retailing is returning to better health.”