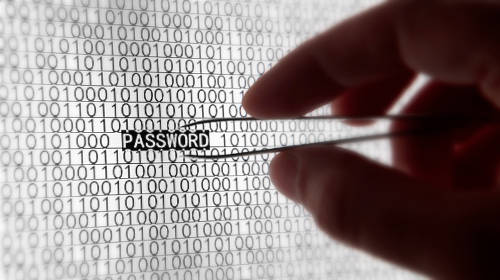 A decade has passed since NRF first surveyed its community of loss prevention and security executives about the impact organized retail crime has on their company, and with the release of the 2014 survey, it’s evident that the $30 billion a year problem still poses serious threats to retailers of all sizes throughout the country.

According to the National Retail Federation’s 10th annual Organized Retail Crime Survey, which polled 76 senior retail loss prevention executives, eight in 10 retailers report that they have been a victim of ORC in the past year, down slightly from 93.5 percent last year.

“Few retail crimes reach the level of concern among retailers that organized retail crime does,” said Senior Advisor, Asset Protection Rich Mellor. “For the better part of 15 years, savvy criminals and the enterprises they’re a part of have forced retailers to change how they deal with fraud, including maximizing efforts to partner with and educate law enforcement. These partnerships have become a crucial part of the fight against retail crime gangs, and while those invested in tracking down retail criminal enterprises can point to some success, it’s evident there’s still a big fight ahead of us.”

Thanks to increasing support from the C-suite and other senior executives at retail companies many loss prevention executives say they are allocating additional resources to combat ORC. Overall, three-quarters (74.7%) of those surveyed say they are allocating resources. Of that group, one in five (22.7%) are adding staff resources, 34.7 percent are adding technology resources and 17.3 percent are adding budget resources. Additionally, when it comes to personnel, a number of retailers report investing more than 1 million dollars annually on staffing ORC investigation teams.

When asked about their company’s overall ORC case value for the past 12 months, 13.2 percent of retailers estimate the value to be more than $5 million; the average case value for those who have lost money to organized retail crime is $2.8 million.

“Tighter budgets in retail have made it taxing on some retail companies to adequately prepare for and even prevent organized retail crime from happening in their stores, however, more and more retailers are seeing the value of investing in loss prevention to combat this multi-billion dollar problem that continues to evolve in terms of its scope and sophistication,” said Mellor.

As of May 2014, 24 states have enacted laws against criminals who are found to be associated with an organized retail crime gang, a significant feat that states and retailers have worked diligently on for more than 10 years.

In an effort to gauge the level of impact these laws have had on retailers’ ability to prosecute criminals associated with ORC and the level of support they receive from law enforcement, NRF asked retailers this year if they felt state organized retail crime laws were having any impact on their efforts to curb ORC activity.

In states without ORC laws and where retailers have a presence, six in 10 say they haven’t noticed any changes in support from law enforcement.

Because organized retail crime gangs have the means to transport stolen products through multiple states and even overseas, the need for Federal legislation is greater than ever. According to the survey, one in five respondents say they know of instances where stolen products have been illegally exported outside the United States.

“We commend the retailers and states who have dedicated significant attention and resources to put retail crime laws in place, and we are hopeful that these state laws will lead to even greater success with prosecuting retail crime gangs in the future,” said NRF Vice President, Supply Chain and Customs Policy Jon Gold. “And while state laws are putting a dent in the level of ORC cases each year, we believe Federal ORC legislation is still needed to help support the effective efforts at the state level since the criminals tend to operate across multiple states.”