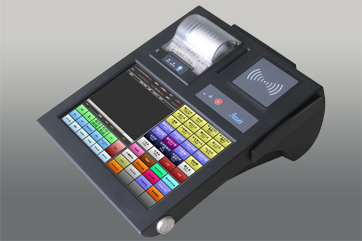 Arm—as the world’s leading semiconductor IP company，and the industry's leading provider of 32-bit embedded microprocessors. It has offered a wide range of processors based on a common architecture that deliver high performance, industry leading power efficiency and reduced system cost, and Arm CPU has been widely used in various areas as well, such as Industrial control, Wireless communication, Network application, consumer electronics, Imaging and security, as well as business application devices, such as Arm pos.

Arm Pos, also named all in one pos, is the perfect combination of embedded touch POS and Arm CPU. Wiping off redundant HW, all in one design makes Arm pos small and portable, and low HW cost and power consumption requirement. OS is developed independently based on open systems, and solidified in POS, Arm pos is with reliable system and convenient operation, as well as easy After-sale maintain. Owning to the above advantages, it has been continuously replacing the traditional cash register, and PC pos.

As the top one business device supplier in China, Aclas insisting on innovation and quality, has never given up any chance to pursue creation and innovation. So Aclas as the first mover, starts the R&D on Arm POS very early, and launched 2 models successively: AO1, AO4.

Both 2 models are all-in-one Arm POS terminal offering a perfect combination of innovation, high performance and affordability. SMALL in size, POWERFUL in features!!!

Until now, AO1 has put in market for 1 year, and attracts great popularity from market.

AO4 series are developed and upgraded based on AO1 series. with bigger touch screen size and memory capacity, stronger CPU, more colorful functions, It has been launched in market in April of this year.