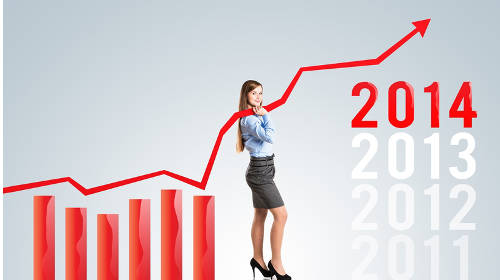 The National Retail Federation lowered its retail sales forecast for 2014 because of slow growth recorded during the first half of the year, but said sales are expected to grow significantly faster over the next five months.
NRF forecasted in January that retail sales would grow 4.1 percent in 2014 over 2013, but today’s revision lowers the forecast to 3.6 percent.

NRF calculated that sales grew 2.9 percent during the first half of the year and are expected to grow at least 3.9 percent during the second half. The numbers include general retail sales and non-store sales, and exclude automobiles, gasoline stations, and restaurants.

“No retailer was immune to the doldrums witnessed during the first quarter, and as a result, the year’s growth trajectory was impacted,” said NRF President and CEO Matthew Shay. “That said, there is plenty of evidence that the second half of the year will be better for the industry as consumers begin to feel more optimistic about their spending decisions.
“And though we maintain realistic expectations of retail sales growth in 2014, we are optimistic that the chances for a stronger economy still exist,” continued Shay.

“The severe weather and other factors we experienced earlier this year have taken their toll on retail, but most of those problems are behind us,” said NRF Chief Economist Jack Kleinhenz. “A second look at our forecast shifted our expectations slightly, but it’s important to note that the outlook is positive. Sales are growing and we expect them to continue at a moderate pace.”

In this month’s members-only Monthly Economic Review, Kleinhenz noted, “…one of the worst winters in recent memory kept shoppers home during the first quarter, and weak numbers for real estate, inventories and exports continued to hamper the economy through the second quarter. However, employment has grown at its strongest pace since 2005, business and consumer confidence have edged higher, manufacturing activity has expanded and inflation pressures remain tame, improving expectations for the second and third quarters.”

The revised forecast was announced as Kleinhenz, Shay and NRF Senior Vice Presidents Bill Thorne and David French held a conference call with reporters this morning on the state of the retail industry to discuss the economy, public policy issues and other topics affecting merchants.