Lots more Space at EuroShop 2014: 16 rather than 15 Exhibition Halls 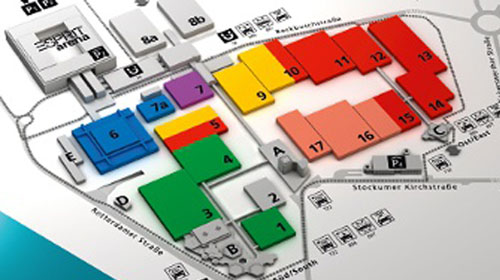 EuroShop, The World’s Leading Retail Trade Fair, held in Düsseldorf from 16 to 20 February 2014, is as high in demand from exhibitors as ever. Interest from abroad is already especially high at this early point in time.

Even today, barely nine months to the start of the event, exhibition space at EuroShop 2011 has already reached 108,000 square metres. To ensure the trade fair can meet this high level of demand in 2014 EuroShop will now for the first time occupy 16 rather 15 halls.

Posting particular growth is the EuroShop segment EuroConcept including shop fitting, lighting and cooling cabinets as well as the EuroExpo segment. Which is why these segments will not only fill Halls 9 and 10 (EuroExpo) and 10 – 15 (EuroConcept) but will also jointly occupy Hall 5. In 2014 the EuroSales segment will as usual be found in Halls 3 and 4 but these will also occupy Hall 1 instead of Hall 5. This means that Hall 1 will be occupied for the first time at a EuroShop trade fair.

As is customary, the EuroCIS segment will be housed in Halls 6 and 7a and is nearly fully booked already. So if need be Hall 7.0 can be added. The E-commerce theme, in particular, will be widely featured both at the stands and in the associated Multi-Channel Forum.