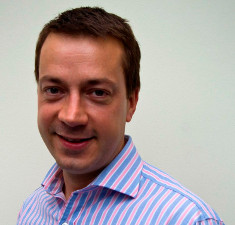 'The figures make interesting reading. In addition to highlighting the leaders, they also show those retailers that have made less use of price as a tool', says Adrian Hobbs, CEO of Cogenta.

Data from retail analyst group Cogenta reveals that UK pricing activity is consistently up in the majority of consumer categories being tracked. The activity data monitored over six months (Q4 2013 plus interim figures for Q1 2014) is consistent with successful retailers seeking to optimise their share of an upturn in market conditions across key non-grocery sectors.

Cogenta's in-depth behavioural analysis of over 8 million price points daily confirms that a retail market recovery is now a reality. High Street retailers are leading the way in using pricing to capture market share. As Adrian Hobbs, CEO of Cogenta notes, "At the height of the recession some of the less responsive retailers faced a race to the bottom of the pricing mix. This caused a huge strain on their finance and treasury structures. In the last six months though, the transformation of pricing activity is complete as the market shows clever and buoyant pricing activity by the leading players who are using ‘smart pricing policies' to intelligently claim and maintain market share.

"John Lewis heads the High Street in the Personal Care and Toy sectors and Currys has recently taken the helm in the High Street market for small kitchen appliances. M&S are setting the pace in Home and Gardens and New Look is the most active in the fashion sector. The figures make interesting reading. In addition to highlighting the leaders, they also show those retailers that have made less use of price as a tool. Ultimately, the use of sophisticated pricing policies will doubtless decide who gains most from the first stages of this economic upswing."

Cogenta's UK Price Index Reports cover the 150 biggest UK retailers operating in all major categories outside of the grocery sector and generates analyses on key aspects of retailers' pricing performance and behaviour. The data the reports are based upon represents the most comprehensive statistical pricing base produced for the UK consumer goods retail market by leading retailers. This includes over 800 million individual price points tracked online.

In addition to covering comparable price indexing for the UK's major retailers, the latest reports also study: the volume of price changes being made, the implications of promoting a product that isn't in stock and the days on which prices change. The analysis is achieved by Cogenta's unique retail intelligence platform and is the same data that is used to provide many of the UKs biggest retailers with daily pricing intelligence.