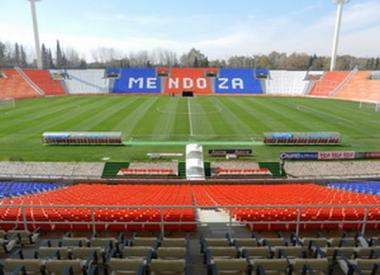 Large crowds and big emotions are a dangerous combination. Therefore it is crucial for every sports stadium to have accurately designed emergency plans and advanced safety measurements in place. At two major South American arenas, Bosch Security Systems recently demonstrated which precautions it takes to enable trouble-free sports competitions on a large scale:

To mark the completion of the Copa America in 2011, the Malvinas Argentinas Stadium was overhauled. Its renovation included an enhancement of amenities and facilities, as well as a major update of the stadium’s safety technology. A total of 17 mobile Dome cameras, including Bosch’s Dinion and FlexiDome, were placed at entrances, corridors and training rooms. Also, every chamber contains Intelligent Video Analysis from Bosch and through a fiber optic network it was possible to integrate the video surveillance system into the CEO (Center of Strategic Operations) of the city of Mendoza. Angel Pitton, head of the department of Informatics and Telecommunications of the Ministry of Medoza says: “We are now able to control the access of people to the stadium, detect crimes or unusual situations in real time and, crucially, logistical support is given to security personnel. The link to Mendoza’s emergency center not only ensures prompt police services, but also the support of the fire-fighters and medical emergency.”

Being one of the chosen venues to host the FIFA U-20 World Cup 2011, the Hernán Ramírez Villegas stadium in Pereira, Colombia, assigned Bosch Security Systems to support the adaptation and modernization of the entire stadium according to the FIFA’s strict technical recommendations. A newly installed surveillance system now allows video monitoring, public voice messaging and the reproduction of anthems as well as audio playbacks from the stadium’s large screens. To capture detailed images at all times, PTZ cameras, Autodome Series supported by fixed cameras, Dinion XF and the Dinion Series were installed throughout the venue. In addition to the surveillance system, the 700 Series storage system was implemented. Furthermore an extensive Audio System was mounted, which not only ensures clear emergency messaging and PA announcements, but can also be used for music replays in order to create a cheerful atmosphere.