ICSC strengthens its European Advisory Board with two new members

Laurent Morel and Michel Dessolain have been appointed 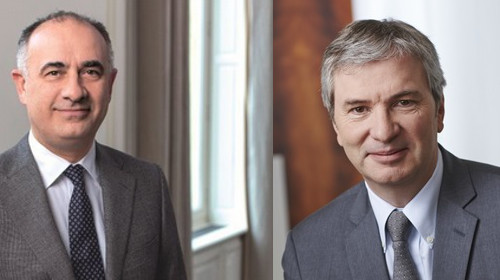 Laurent Morel (l.) and Michel Dessolain are the new members of the International Council of Shopping Centers (ICSC) European Advisory Board.

Laurent Morel joined Klepierre in 2005 to lead its Shopping Center Division and served as a member of the Executive Board until 2009, when he became its Chairman. Since 2005, his main focus has been on strengthening the development of Klépierre’s shopping centres and businesses as well as the group’s European expansion.

Michel Dessolain is the Co-CEO of mfi AG, a German organisation that offers several services to shopping centres from development to leasing and has been president of the CNCC since March 2013. Mr Dessolain joined Unibail-Rodamco in 2000 as CEO and Member of the Executive Committee before serving in several executive roles.

Alexander Otto, Chair of the ICSC European Advisory Board said “I am pleased to welcome Laurent Morel and Michel Dessolain to our board. They are both experienced industry professionals and they join an already very international team. It is vital to have members from several countries with a deep understanding of the industry. Michel and Laurent’s unique insight reinforces the team’s international expertise.”