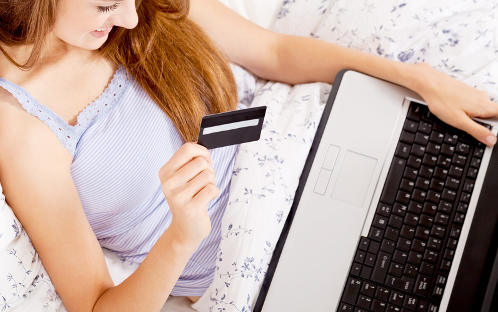 Euclid, the leader of in-store retail analytics, measured data on nearly 25 million domestic shopping sessions during November, revealing that shopper traffic and window conversion improved significantly as heavy promotions brought shoppers back out to the mall.

Average visit durations were shorter than a year ago for the fourth month in a row as the increasingly omni-channel marketplace continued to drive more focused shopping trips. Although, calendar shifts will be a headwind to comps, we believe these metrics bode well for retailers' sales in November.

Euclid Traffic Index
INCREASED 20% YEAR-OVER-YEAR
Traffic in November, defined as the number of devices detected by Euclid sensors at retail locations, increased 32.2% compared to the previous month and 20.0% compared to the same month last year. Shopping visits rebounded significantly after a depressed October, driven by heavy promotions that started earlier than usual and a strong Black Friday weekend with deals spread out across multiple days.

Window Conversion
INCREASED 190 BASIS POINTS TO 8.8%
Window conversion in November, defined as the number of shoppers who enter a store as a percentage of the total foot traffic, rose to 8.8% from 6.9% last year and 8.3% in October 2013. Retailers' early and widespread promotions during the month were successful at compelling value-conscious shoppers to make the trip to brick-and-mortar locations, with window conversion reaching a high for the year.

Bounce Rate
INCREASED 280 BASIS POINTS YEAR-OVER-YEAR
The percentage of shoppers who entered a store but left within five minutes ("bounce rate") was 11.7% in November 2013, up from 9.0% in November 2012 and 10.5% last month. Shoppers continued to be less inclined to wait in long lines or browse through additional merchandise when not finding their product/style of choice during the shortened holiday season.

Visit Duration
DOWN 370 BASIS POINTS YEAR-OVER-YEAR
Shopping session duration, defined as the mean time from store entry to store exit, was 21.9 minutes in November, a decline from 22.7 minutes last year, but an improvement from 21.5 minutes in October 2013. Despite the incremental improvement in November, durations are shorter than last year for yet another month as shoppers remain very deliberate with their trips to the store. Many shoppers are researching products extensively online before leaving the house for their visit to the mall.

Active Repeat Customers
DECREASED 310 BASIS POINTS FROM LAST YEAR
In November, active repeat customers, defined as individuals returning to a store location more than once in 30 days, totaled 12.0% of total visits measured, up 30 basis points from the previous month, but meaningfully less than the 15.1% seen last November. Consumers opted to accomplish more shopping with each trip, likely targeting the launches of new discounts, as opposed to spreading their shopping over a greater number of trips during the month.

Black Friday Recap
Deep discounts, highly attractive promotions and extended open hours successfully brought shoppers to brick-and-mortar locations during Thanksgiving Day and Black Friday this year, with traffic up 1.9% compared to the same two day period last year. Looking at Black Friday itself, traffic was actually down YoY as the early start to deals on Thursday pulled many shopping trips forward. Window conversion was up 2.3% YoY for the two day period as well, nearly reaching 10% on Black Friday, as enticing deals brought crowds through the door.

Counter to recent trends, average visit duration jumped 5.6% to 24.4 minutes on Black Friday as shoppers were willing to endure busy floors and long lines to capitalize on great offers. However, longer duration did not necessarily translate into larger average sales. Overall, shopper behavior over the weekend showed positive signs for retail sales, and reflect a strong start to the holiday season.