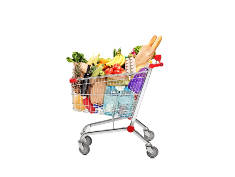 Golub is a recognized humanitarian and public servant in his community, upstate New York and the entire food retail industry. While the Golub name has been synonymous with supermarket shopping since 1932, Neil Golub charted his own unique path in the family trade, witnessing significant growth and evolution of both the family business and the food retail industry through the purview of nearly every employment position – from bagger to store manager to chief operating and executive officer.

Most notable among his professional accomplishments is the revitalization of downtown Schenectady, N.Y., where the company is headquartered. After decades of significant layoffs and the exodus of large companies that left his hometown struggling and economically distressed, Golub stepped forward to help lead the change that has turned the city into a vibrant modern community. “Neil was instrumental in developing Schenectady 2000, creating the Schenectady Country Metroplex Development Authority and promoting legislation that resulted in one half of one percent of county sales tax being dedicated to redevelopment efforts in the community,” said Ray Gillen, commissioner of the Schenectady County Economic Development and Planning Department. The sales tax creates a recurring revenue stream, amounting to approximately $10 million per year, to boost community rebuilding and branding efforts. Gillen continued, “The result has been over $700 million in new private and public investment and a major upgrade to downtown Schenectady.”

In 2010, Golub further demonstrated his commitment to Schenectady by relocating Price Chopper’s multi-million-dollar headquarters to the revitalized downtown area. The building is LEED Gold-level certified and was built on the site of a deserted American Locomotive Co. plant. Gillen commented, “The building not only speaks to his commitment to the current community, but also demonstrates his forward-thinking about the next generation and sustainable growth within our town. Neil built a new, green building on a brown field site.” The move further revitalized the capital region by jump-starting a 60-acre waterfront redevelopment project that will include office, retail and residential space.

In addition to helping revitalize Schenectady through investments and resources, Golub and his wife, Jane, dedicate their lives to philanthropy. Since the late 1980s, the Golubs have worked with the Anti-Defamation League (ADL) across the country to help mitigate bullying, cyber bullying and bigotry in schools through a program called “A World of Difference.” They were also the catalysts for an anti-bias campaign called “Be an Ally” and partnered with a CBS affiliate and ADL to promote the program. In 1984 and 1986, Jane and Neil Golub, respectively, became the first couple ever to be honored with the ADL Americanism Award for Community Service.

Golub’s philanthropy and that of his family are as extensive as the service programs he nurtures. From the United Way to the Special Olympics to the Breast Cancer Research Foundation, the Golubs put the needs of the community first. In particular, Neil Golub has dedicated the last 21 years to the Double H Ranch, a Serious Fun camp funded by Paul Newman for children and families dealing with life-threatening illnesses. The camp started with four children in 1993 and now serves 2,200 children and members. The camp’s CEO and executive director, Max Yurenda, told FMI that Golub‘s leadership and willingness to step in as chairman during a particularly trying time for the camp resurrected the camp and set the path to its current success. During his nine years as chairman, Golub was unyieldingly focused on the mission of serving the children and is now an honorary chairman for life. Yurenda said, “In his current role, Neil continues to have a tremendous impact on the children and staff at Double H, working closely with every level of employee to ensure they understand the importance of their work and the impressive influence of the Double H team. He unites staff and families in order to impart the importance of giving back and demonstrate how businesses can be a part of the community.”

Golub’s rabbi, Matthew Cutler, shares universal sentiments about Golub and his enormous personal investment in people. Cutler told FMI, “Neil is the go-to the person when someone is in need – and he doesn’t just throw money around – he exhibits emotional commitment as well as financial. Neil genuinely cares about those he works with and for; he is adamant about employee health and well-being, and the health and well-being of everyone around him.”

For the past 30 years, Golub has co-anchored the Jerry Lewis Muscular Dystrophy Association (MDA) telethon in the Capital Region of New York and served as a national vice president for the organization; he has also served on the Ellis Hospital board and foundation board, chairing numerous capital campaigns. Additionally, Golub served as chairman for Bellevue Women’s Hospital for six years and worked tirelessly to ensure the incorporation of its unique services for women into Ellis Medicine, the community’s new consolidated health care system, which also benefitted from the addition of the Breast Care Center and Women’s Heart Health Assessment Center underwritten by Neil and Jane Golub. His advocacy for heart health is credited with rallying together regional health institutions and the community in support of the American Heart Association’s mission and annual fundraising gala. Golub also helped The Schenectady Museum strategize for the future and reinvent itself as miSci (The Museum of Innovation and Science) and led the United Way of the Greater Capital Region to overhaul and reinvigorate its community fundraising platform.

Robert Bartels, chairman of the board for Martin’s Supermarkets, Inc. and longtime friend of Golub, shared in a video testimonial, “Our industry in general and the supermarket itself have been invented by founding entrepreneurial families. Neil Golub and Price Chopper are a modern version of the founding entrepreneurial family that has put Neil in a position to contribute tremendously to the industry.”

A University of Michigan and Michigan State University graduate, Golub holds a master’s degree from Cornell University and an honorary doctorate for Public Service from Russell Sage College.