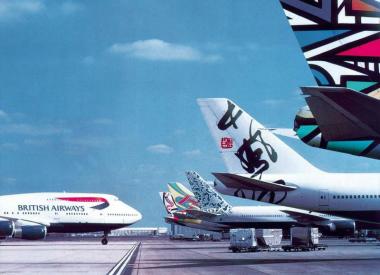 Berlin Brandenburg International BBI currently represents the most important infrastructure project in Germany’s capital region and is Europe’s largest airport construction site. It is being built to better connect Berlin and the entire region with major destinations in Europe and throughout the world. Further, it will be an important factor in the regional economy: BBI is expected to create up to 40,000 new jobs.

“Security is of upmost importance not only in the air, but also on the ground. We are proud to be able to share our expertise and implement highest safety levels for both passengers and workforce at BBI”, said Mauro Lima-Vaz, head of Bosch’s Berlin sales office.
Bosch has extensive expertise in airport safety and security. The company’s technology has been installed in Terminal 2 at Munich International Airport, in Dubai International Airport’s new Terminal 3, in the DHL freight hub in Leipzig and others.

Bosch 420 LSNi rings (Local Security Network) will be installed for optimum protection against fire hazards, with around 19,000 automatic and manual fire alarms and a whole host of fire control systems. They will be connected to a total of nine networked UGM universal security systems. The Praesideo networked public address and evacuation system with around 11,500 speakers is planned for passenger information and evacuation in the event of a hazardous situation. Praesideo will also be used for voice announcements for passenger information and for the gate paging stations.

In addition, an intrusion detection system will be installed that works with 150 LSN rings and six UGM Universal Security Systems. The information for surveillance is recorded using around 1,200 emergency call couplers. The video surveillance consists of 300 IP dome cameras, 260 HD video cameras as well as another 900 video cameras of different types. It is managed by the Bosch video management system. Bosch will install more than 600 kilometres of copper cable for the fire alarm and intrusion detection systems as well as the electro-acoustics.

The new Airport Berlin Brandenburg International BBI will most likely go into operation in June 2012. With 280,000 square meters of terminal and pier space, a baggage sorting hall of 20,000 square meters, as well as a 9,500 meter conveyor line, it will be one of the largest European airports.