Axis helps retailers to clamp down on self checkout shrinkage 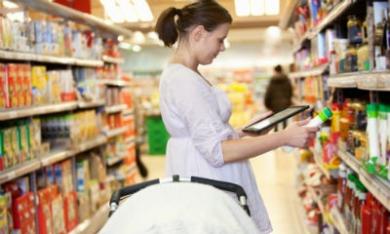 Axis Communications, the global market leader in network video, is working with StopLift, a leading point of sale (POS) analytics developer whose technology is used in Tesco, to clamp down on self-checkout theft in stores across the UK.

Atul Rajput, retail specialist at Axis Communications said: “The issue isn’t just limited to self-service checkouts, this is happening right across the store. However, self-checkouts are on the rise and although the cost savings they bring still outweigh the losses, shoplifting from ‘canny’ customers as well as genuine mistakes from others, continue to be a cause for concern for retailers.

“With long queues and frustrated shoppers at checkouts this December, it’s impossible for staff to spot every type of theft as it happens and they will often override the checkout when they are notified of an unpaid item just to keep the queues flowing and the tills ringing.

“It’s hardly surprising that research commissioned by Axis and undertaken by the Centre for Retail Research (CRR), showed that over a third of UK retailers had plans in place to invest in the use of POS video analytic solutions such as StopLift to proactively flag incidents of scan avoidance and help banish the problem.”

StopLift Checkout Vision Systems’ Scan-It-All video analytic technology works with Axis cameras mounted over manned and self-checkouts to detect scan avoidance. The system constantly monitors 100% of the security video and then flags any suspicious transactions. It then reports the incident, logging the cashier or customer and the date and time of the theft.

StopLift’s technology is used in various stores including UK retail giant Tesco, which has already adopted the technology and has installed it in many of its stores in the UK and, to a lesser extent, across Europe. Worldwide, the system has detected more than 600,000 incidents of scan avoidance.

“Our technology has found that shoplifting is as much as five times more likely to happen at a self-checkout,” added Malay Kundu, founder and CEO of StopLift. “Some retailers are even re-examining the return on investment of self-checkouts.” Kundu explains how footage from the system can also be used as a training aid: “Using the incidents detected from their own stores, retailers are now able to train staff on the signals, indicating when customers are either having problems using the self-checkout, or are exhibiting suspicious behaviour.”

Rajput concluded: “Too often surveillance is seen as the security department’s responsibility and only useful to protect the premises, staff and customers and to help in the fight against theft. However, as the technology evolves, IP surveillance used in conjunction with systems such as StopLift is capable of so much more, offering business intelligence as well as flexibility in the way that footage can be accessed and analysed to give retailers a real competitive advantage.”