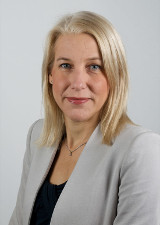 UK retail sales were up 1.3% on a like-for-like basis from August 2013, when they had increased 1.8% on the preceding year. On a total basis, sales were up 2.7%, against a 3.6% rise in August 2013. This is the best performance since January, excluding Easter distortions.

Growth was driven by Clothing & Footwear, which reported its fastest rate since December 2011. Meanwhile, Food was the worst performing category with a new record low three-month average decline.

Over the last three months, Food showed a decline of 1.6%, in contrast of 0.1% growth experienced over the last twelve months. Non-Food reported growth of 3.9% over the three months to August 2014, in line with its twelve-month average.

Online sales of non-food products in the UK grew 19.8% in August versus a year earlier, the highest online growth on record. The Non-Food online penetration rate was 16.5% in August, 1.7 percentage point higher than in August 2013.

Helen Dickinson, Director General, British Retail Consortium, said: "August has recorded the strongest growth in retail sales since January this year, excluding Easter distortions, accelerating to 2.7 per cent. This was driven in the main by the best growth of clothing and footwear since December 2011, indicating a higher level of consumer confidence in the economy. Retailers have pointed to the successful launch of their autumn fashion collections helped by the cooler weather, as well as a good response to marketing campaigns for back to school clothing. Furniture sales also did well as the strength of the housing market continues although not as well as in July.

"On the other hand consumers are still taking advantage of record low food inflation. The strength of the economy is not yet consistent across all areas of the country and shop prices fell in August. For retailers the challenge in these circumstances is to ensure continued investment in digital innovation, the physical retail space and job creation. For our part the BRC continues to engage with all the Parties to look at fundamental reform of the business rates system in order to ease the costs of doing business to support the industry's ability to serve its customers better and respond to transformational change."

David McCorquodale, Head of Retail, KPMG, said: "Back to school sales and the changing of the season saw fashion retailers put in a strong performance in August. Overall, it has been a very successful summer for non-food retailers, placing them on a firm footing for the autumn/winter trading period and the run up to Christmas.

"However, not all sectors are seeing their sales grow. The food sector remains in a state of disruption with the share of the 'big four' being challenged on many fronts after a 15 year reign. The like for like decline shows the battle is being fought via the prices on the shelves, but the war may be won by those grocers best able to adhere to brand values to retain customer loyalty.

"With autumn drawing in, the countdown to Christmas has now begun. This will be a true bellwether of consumer confidence. If shoppers feel secure enough in the future to spend, then retailers could be in for an enjoyable Christmas this year."