2014 will herald an upswing in sales for the retail sector, says the KPMG/Ipsos - See more at: http://www.ipsos-retailperformance.com/RetailNews/2014-will-herald-an-upswing-in-sales-for-the-retail-sec 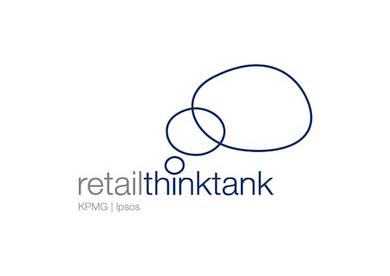 Retailers will see an upswing in growth in 2014, but will remain vulnerable to wider economic shocks that impact consumer confidence or income levels, predicts the KPMG/Ipsos Retail Think Tank.

The RTT believes the overall outlook is positive for the retail sector in the forthcoming year. As the Government concentrates on fuelling the recovery of the wider economy in the run up to the election, retailers will begin to benefit from increased corporate investment, and the resurgence of the housing market will help to drive sales of big ticket items like furniture and other household furnishings.

The perceived performance of the economy will play a leading role in any retail sales recovery, due to the knock on effect it has on consumers’ confidence levels and their willingness to spend. “If ever there was a year to get the temperature of the economy right, then next year will be it. The UK needs a Goldilocks economy, not too hot but not too cold. While real incomes languish, confidence in the economy and the future will be the catalyst for releasing consumer spending,” said Martin Hayward, Founder of Hayward Strategy and Futures.

“Once corporates unlock their bank accounts and start spending this will kick things up a gear, boost the economy and create a raft of new jobs,” said James Knightley, Senior UK Economist at ING. “Corporate investment spending is still 22% down in real terms on 2008 levels and it’s estimated that there is £750 billion sat on corporate balance sheets. As employment rises, the pool of available labour will shrink, which will push up wages and give consumers more cash to spend.

“The potential for recovery is great and the UK could be the fastest growing market economy in 2014. GDP growth for Q4 2013 is thought to be at 1% quarter on quarter, and I believe the UK economy could outperform expectations and grow by 3% next year.”

“2013 saw retailers achieve year on year sales growth of just under 3%, but it’s been hard earned and fragile, and we’ve simply not seen the quick thaw that has followed previous downturns. 2014 will see growth continue to build, but the pace will remain slow and steady, and will be easily derailed by measures that impact consumer confidence or incomes,” said David McCorquodale, Head of Retail at KPMG. “Until wage growth outpaces inflation, we won’t see soaring sales growth in the retail sector, because squeezed consumers simply don’t have large surplus amounts of cash to spend in the shops.”

Sales of electrical goods are expected to continue to rise in 2014, according to the RTT, driven by the launch of new ‘must have’ items and the looming World Cup in Brazil. However, like food, these items are typically sold at lower profit margins. “2013 has seen amazing growth in sales of tablet PCs and other mobile devices and there are more gadgets in the pipeline, such as the latest generation of game consoles, “smart” watches and glasses, which will drive spending in this sector in 2014. However, there is evidence that the sheer bulk of consumer spending on electrical items has diverted money away from other retail sectors, including clothing,” said Nick Bubb, Retail Consultant to Zeus Capital.

The RTT predicted another difficult year for the big supermarket chains. “For food retailers in general, let alone Tesco in particular, 2013 has been a disappointing year, despite a period of strong demand in the summer, “said Nick Bubb. “Since then like for like sales have been flat and the astonishing rise of the discounters like Aldi and Lidl shows that many households are still keen to economise. With Waitrose and M&S Food continuing to do well at the premium end of the market, there is no end in sight for the squeeze on the middle ground. This may yet bring more casualties in senior management if investors in the city lose patience.”

A shortage of primary retail stock will continue to constrain retailers’ expansion plans, warned Mark Teale, Head of Retail Research at CBRE: “There is a chronic supply/demand mismatch of prime property which continues to dog the sector. The development pipeline has seized up, and it will take sustained economic activity to see levels lift significantly. A primary supply famine is setting in once again.”

The RTT considers that retailers will need to invest heavily in 2014 to drive sales and provide a seamless, and increasingly personalised, experience for shoppers using multiple sales channels. “We can expect retailers in 2014 to move beyond a promotion-led strategy towards more creative practices,” said Tim Denison, Director of Retail Intelligence at Ipsos Retail Performance. “Participating in and facilitating connected customer communities is one obvious path that is being trod. The ability to develop more targeted approaches and personalised offerings that augment desirability, relevance, affordability and motivation and embrace technological innovation provides routes that leading retailers are beginning to explore, conscious that investment will need to be just as important a part of 2014 success as cost control.”

The RTT believes that the health of the retail sector has improved during the last year. Fewer major retail chains entered administration in 2013, and those that did go to the wall were caused by technology outpacing their business models, such as Blockbuster and HMV, or had been in administration before, like Barratts. The RTT believes that 2014 will see retailers continue to grow sales and increase their profitability. It could also be the year of the IPO with many public offerings in the pipeline. The public markets shares in the general retail sector have been a good investment in 2013 and there appears to be appetite for more.

Richard Lowe, Head of Retail and Wholesale at Barclays, said: “The past few years have not been easy for retailers, and despite the air of uncertainty which continues to linger around the wider economy, the general feeling is that the sun is starting to rise. This should provide the fillip the high street is looking for 2014.”