Search engine plus map and set theory for kiosk terminals 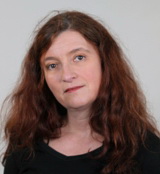 Hof3 from Switzerland occupied its first stand at a trade fair at the EuroShop 2011. With a software partner, the company that was founded in 1997 develops the Keryx products for interactive information- and management systems for the digital signage sector since 2008. The kickoff was an electronic pedestrian navigation system in Biel (Bienne), the largest bilingual town in Switzerland. Keryx is also usable in interior zones. It combines a search engine with map technology based on Bubbles-Navigation. With the help of these bubbles, which are created using set theory, the developers turn away from the usual hierarchical data format.

What benefit do bubbles offer for navigation on a touch screen?

Bubbles-Navigation offers the advantage for a user to navigate quickly and intuitively even through a large amount of data. Even if you have a large amount of data, you already have your hit after a few clicks. The hits – compared to Google and most other search engines –are not displayed as lists. The user can have the route from his location to the targeted location shown.

What technology is behind all this?

Behind Keryx is a Java Backend, whose development took ten years. It provides a sophisticated search engine and map technology with a clever routing algorithm.

What are you missing in previous digital signage applications in retail?

Content. Digital signage applications only show advertising. Digital information and control systems are still very rare. There are barely any systems out there that can process customer-specific content – or these are custom solutions, which are explicitly made for a provider.


Maps and buildings shown like a typical map or in three-dimensional format – what makes the most sense?

This is not really the question. In our opinion, maps are far easier to read if they are two-dimensional. We are used to this type of format and we know our way around in it. For buildings though, a three-dimensional view makes sense. It all depends on how you proceed with routing. By the end of May, we will have developed a novel two-dimensional routing. The approach here is to show the right way without unnecessary information – and in such a way, so the user can remember the route – be it in his/her mind or also via QR code on the cell phone.

Is digital signage also well received by older people? What is especially important for this group?

You cannot really answer it like that. Digital signage at the moment primarily consists of non-interactive ads. So you have to ask yourself, how this content is designed and whether it relates to a target audience of older people or not. For interactive applications it is important to also reach target groups that are not quite as versed in using computers. At the moment we are gaining a very important experience with that with the bubbles. When you watch the users, you notice that most of them first press on the bubbles. One associate at the Fraunhofer Institute had a simple and obvious explanation for this: a bubble looks like a button. And we know buttons from all kinds of analog applications. If we press them, something will happen. That’s why Bubbles Navigation works so well – even for older people. 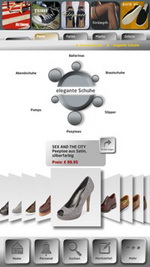 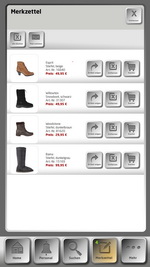 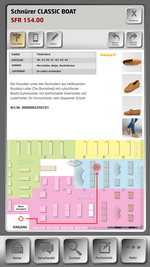 How do people search if they use a kiosk terminal?

Generally, we notice different user search behavior and there are very different search types. This is also the case for kiosk systems. One person types in a term on the keyboard, another person just plays around a little and doesn’t actually look for anything in particular and the third person uses the Quick-Navigation or the Bubbles to get to his wanted destination hits.

How can retailers connect the kiosk terminal with inventory management?

We offer KeryxShop-in-Shop with an interface to all common inventory management systems. We process xml-files – this is one of the most common interchange formats for databases. The system can import and process the database of an inventory management system or an online shop. The merchandise is then shown using bubbles. This happens regardless of the industry sector – whether that’s shoes, pharmaceutical articles, clothes or furniture. We use our routing-algorithm and provide the opportunity for the customer to have the route to a desired product in the store shown to him/her.

What kind of recouping investment through contextual advertising is conceivable?

All Keryx products offer context sensitive advertising spaces. Let me give you an example: you are in a city and hungry, standing in front of an advertising stele with KeryxOutdoor and look for a restaurant. If you now click on the restaurants subcategory, there are further new subcategories, grouped in types of cuisine, for example Italian, Thai, Japanese, and German etc. At this point instead of the Quick-Navigation, the ad of a Thai restaurant could be displayed. If you click on the ad, you get to the specific entry for the advertised restaurant and can have the directions shown to the establishment. In addition to contextual advertising there also is advertising on the home screen, which appears if the advertising stele is not being used. This way you have the opportunity to at least recoup some of the investment costs.


Besides using kiosk terminals, when is navigation also possible with a smartphone?

Certain brief information can already be downloaded in the Keryx Version 2.0 via QR code to your cell phone. We are planning to also make apps for smartphones available. When this development will be realized, among other things depends on whether we will find enough investment for the further development of Keryx.

What was the response by trade fair visitors at the EuroShop?

Although we were not able to close any contracts during the EuroShop and also didn’t expect this to happen, we received several serious retailer leads – in part from very large chain stores. The feedback without any exceptions ranged from positive to enthusiastic. The fact is that Keryx right now has no competition. Trendscouts, consultants and retailers confirmed that the marketplace is looking exactly for these types of products. It also seems to confirm that potential customers don’t just look for a digital retail information system, but also a routing system. It seems that we are entirely right on trend for the so-called multi-channel devices with our app for the iPhone- and Android – which were the talk of the town at the EuroShop.

What are your next steps?

At the moment, we are in the process of finding investors for the next development phase of Keryx. At the same time the next trade fair is already coming up: at the end of May we will participate at the Digital Signage Expo in Essen, Germany. We assume that we will have the first rollouts starting the middle of this year, since we have already far advanced with several individual offers.

Related articles: - “There is no CRM software, CRM should be in every software“