New marketing and sales team in the starting blocks 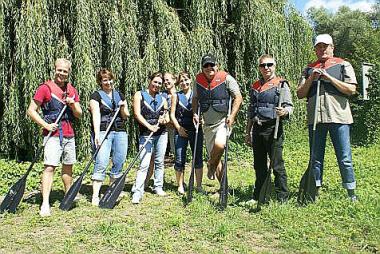 Since the beginning of August the new marketing and sales team at bluepool has been completed. Long standing and new employees will be working together to lead bluepool on fresh and creative paths to success.

The starting signal has been given in a two day training and workshop in Breisach at the Rhine. After building a raft together, the team set sails and “was thrown in at deep end” at the first day already. The adventure tour continued in the following 1.5 days: Visions, goals and concrete tasks for the division were the central themes.

The combination of both, team work and the thrilling river ride with new goals, guaranteed an unforgettable experience and an exciting start for the upcoming time.