Green IT: Do good things and talk about it 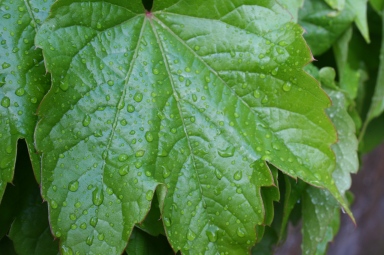 “Green computers“ have been very trendy for several years now. In 2008 in Germany they experienced a break-through at the computer trade shows Cebit and Systems. Computers produce a lot of waste heat and need a lot of electricity for cooling and operating of processors, hard drives, monitors and printers. But it takes several years until the topic of trade shows becomes a topic for the masses. This is true for private users as well as for the retail market.

In recent times business groups as well as small and medium-sized specialty retailers discover the amount of saving potential in “Green IT”. The data processing centers of corporate groups still count as electricity hogs, but the savings that modern POS system achieve also add up for chain stores with several hundred affiliates. Modern checkout counters can do more, accomplish more than their predecessor models, but they often use a lot less electricity.

According to the Fraunhofer Institute UMSICHT, thin clients save approximately 40 percent in electricity compared to traditional PCs. Thin clients are slimmed-down computers without their own hard drive, without software and without moving parts. They are controlled via a central server and store their data there. This does not just save electricity, but simplifies administration and makes employee misuse more difficult. You can operate checkout counters with thin clients as well as monitoring systems and in-store television or regular work stations.

But company power consumption is only a partial aspect. The production of parts for computers and related items often costs a lot more energy than the equipment can save through modern technology during the course of its operating years. Environmentalists have long since demanded to build components in a way to where they can be easily and correctly sorted and separated during scrapping. So-called noble earths and metals cannot just be found in cell phones, but also everywhere else in information technology. In our current interview on the subject of Green IT, IBM as well as Toshiba Tec of course point out that they keep an eye on the entire life time cycle of their products and place great importance on eco-friendly transport packaging. Concrete statements however are rare on how much this or that measure yields exactly in terms of the recently highly quoted CO₂ -footprint – the carbon footprint.

Politicians and companies talk about Green IT

This is not just great for the environment, but when properly made public in company reports, you can also capitalize on this in terms of your image. “Do good things and talk about it“ says an old formula for success in corporate communications. Following a trend from the US, environmental reports were expanded into sustainability reports. “Sustainability“ has turned into an often quoted and thus more and more unclear buzz word just like the term “holistic”. Several years ago toner dust from laser printers caused tongues to wag, in retail it is now Bisphenol A (BPA) in thermal paper of receipt printers. Those who invest in green technology in this area, also show social responsibility – corporate social responsibility.

The initiative of companies, organizations and politicians are innumerous. So in 2009, the German industry association Bitkom established a “Green IT Alliance“. At the fifth annual conference of Bitkom, the German Federal Environment Ministry and the German Federal Environmental Agency on May 18th, the question of what kind of role Green IT already plays in urban areas today and how cities of the future can become more intelligent and climate friendly thanks to Green IT, will be discussed. The focal point here will be buildings, energy and mobility.

This prize awards outstanding solutions for the improvement of energy efficiency in information and communication technologies (ICT or IKT in Germany). The corporate network GreenIT-BB together with the networks CIOcolloquium and CIO-Circle as well as the Green IT Alliance of Bitkom invited to participate in this contest.

“This contest offers companies with high innovation power a platform and shows that Germany is more and more developing into a trailblazer in the Green-IT area“, says Brüderle. Thomas Leitert, initiator of the GreenIT Awards: “The commitment of the Ministry of Economics underscores that aside from ecological also important economical impulses come from Green-IT. Since more and more business processes are running based on computers, IT will increasingly become the driving force for energy- and resource efficiency in companies.“ Until July 30, 2011 companies and organizations of any size and from all industry sectors as well as analysts and system houses can apply. It remains to be seen whether this year a commercial establishment will make it onto the podium. The competition is growing and Green IT will become a topic for the masses in the economy.