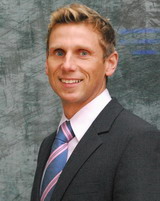 Eike Zuckschwerdt:”Energy consideration is not just focused on new acquisitions. Initially, there are a great many optimization possibilities in operational procedures.”

MIWE was founded in 1919 by Michael Wenz in Arnstein near Würzburg, Germany. The Franconian family company with 700 associates is on the global market in the area of air-conditioning process steps for baking, automation technology and plant construction. Eike Zuckschwerdt shows that the competition between food trade and traditional bakeries is very different in different countries. He also differentiates when it comes to energy saving. Every company is different, but new technology and well-thought-out processes reduce costs.

Recently the iba, the international trade fair for bakers and confectioners, took place in Munich. As an exhibitor, what are the differences between the iba and EuroShop?

Whereas the iba is a very baker-focused trade fair based on its origin, EuroShop focuses almost exclusively on the store. Even though this also plays a role at the iba, overall the iba is a trade fair that maps out the entire production process of bakers starting from making the dough all the way to selling products at the counter. Its clientele of course reflects that. However, retail, foodservice and all sectors that are involved in baking at any point of the process are also represented at the iba. For us, retail is an increasingly important target group, which is why we also feel very comfortable at the EuroShop in Düsseldorf.

What has happened to your tradeshow highlights from EuroShop 2011?

At the last EuroShop, we have started several serious projects that we are still working on. In the meantime, the products that all center around baking that we introduced at the EuroShop have already been developed further. These were particularly developments in three areas: energy savings, hygiene and handling.

Food retailing and large bakeries give traditional bakeries a run for their money. What can your neighborhood baker do to keep up?

The baker has to differentiate himself from retailers. There are some tried and tested ways that he has to play off on based on his skills. This includes the quality of his products and accentuating his artistry. He should take advantage of the trend towards take out foods to increase his sales volumes. The baker will also have his place in the future, but he faces steep competition from the large companies. That said you could always find a niche.

Food retailing and large bakeries give traditional bakeries a run for their money. What can your neighborhood baker do to keep up?

The baker has to differentiate himself from retailers. There are some tried and tested ways that he has to play off on based on his skills. This includes the quality of his products and accentuating his artistry. He should take advantage of the trend towards take out foods to increase his sales volumes. The baker will also have his place in the future, but he faces steep competition from the large companies. That said you could always find a niche. 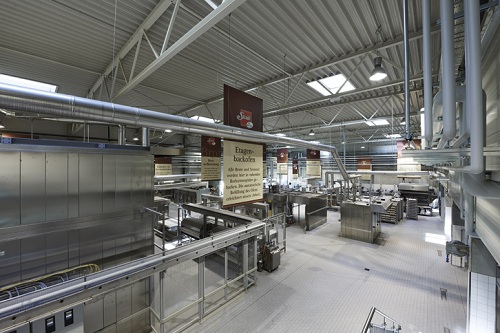 The family company Staib has over 40 bakery stores in Ulm. They produce with modern technology by traditional principles.

Discount chains put automated baking ovens in their stores and produce bulk goods. Can the quality still be increased?

The quality can certainly still be increased. What is crucial for this is the production process to make the ready-to-bake dough products and the chosen method of baking them. This is not magic. You can already find good quality items at the discounter.

How are things developing abroad?

The developments in the different countries vary greatly, because the starting conditions, the eating habits, ethnical, legal and historic environments are very different as well. In France for example, a “boulangerie” (bakery) is not allowed to bake frozen bread dough in the store; otherwise, the baker loses his status. In many other regions such as in Eastern European countries, baking at the point of sale is only now starting to take hold. In Scandinavia, baked products have already been on sale at gas stations for several decades. Of course, one thing is the same with all of them: at this point, the items are consumed wherever there are people. The great smell of baked good is used to increase sales with ”scent marketing”. Baking is also becoming ever more popular in many countries that are not your typical bread lover countries, like the Asian regions.

What energy savings were achieved in the ovens during the past ten years?

The House of MIWE has always taken the subject of energy consumption very seriously. Our management has set a target of saving five percent annually for our own production. Even in the past, our systems were geared towards high firing efficiency levels. However, for at least the past five years, the pressure to save energy has been significantly higher due to strongly increasing costs.

The possible savings differ depending on the product, since the different heat carriers – air or thermal oil – and methods of heating – electricity, gas, oil or alternative energy sources – each open up different options. You can say that all the technical stops are being pulled out. There is better insulation, new systems are being created and control technology is a very helpful ally in these efforts. This made up to 30 percent in energy savings possible for some products. Energy recovery also helps. 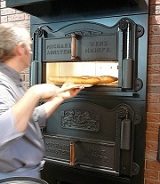 Show-baking with the replica of an old oven by MIWE. 1919 Michael Wenz from Arnstein of Main was its name giver.

Does it always have to be a new oven?

Energy consideration is not just focused on new acquisitions. Initially of course, there are a great many optimization possibilities in operational procedures. For instance, the oven door should not remain open for too long. Products should be baked in steps depending on the oven temperature by using the residual heat after baking bread to bake cakes. This can save up to 20 percent in energy.

That said it does not make sense to hold on to baking ovens or cooling units that waste energy. After all, for starters the product itself needs to be energy-efficient. At first, a reinvestment of this machine needs to take place. Only after this will heat recovery concepts occur. Our consulting service takes place in different steps. The initial and easiest step has only three values, which need to be recorded online on the Internet. After that, the potential buyer has to deliver more data and can have a first analysis from us. The subsequent energy analysis digs very deeply into all calculations and at the end, there will be a well-thought-out concept.

A baker does not just need heat, but also cooling. Do bakers do enough in this area to reduce costs?

We are not able to answer your question in terms of “enough”. However, the awareness of this is very high, because cooling units work with electricity that has become very expensive. That is why heat recovery units very quickly become cost-efficient. In addition, the recovered energy from cooling units is very applicable in fermentation technology and frost heave protection in cooling units. However, we also decided to procure dough proofing for bakers without freezing, which also enables cost reduction.

Does the investment in combined heat and power generation pay off for bakers/retailers?

To be able to assess this, you need an individual case study with a multitude of very specifically collected operating data such as energy prices, dough amounts, the type of dough pieces, production processes and much more. Only then can you make a reliable assertion on this subject. That said, by trend the question of heat and power generation is answered in production.

What’s new in”sight-and-smell baking“? Do retailers and bakeries equally benefit from this?

At the end of the sixties, our now deceased senior director Edgar M. Wenz had already created and touted the term ”sight-and-smell baking“. Sight-and-smell baking is as vital as anything that is meant to stimulate customer buying. Many new concepts in the most diverse places of the POS have been created: self-service baking, baking in the coffee shop, nostalgic baking with many new product ideas, baking in the breakfast room of a hotel, quick-service restaurants – everything is being played. Baked goods are very important in our diet and that is why baking keeps being “reinvented” by bakers as well as in retail.