„Nothing works without an efficient material cycle“ 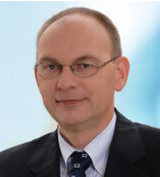 Winfried Batzke: "If consumers ask for and purchase products in this kind of packaging, it always pays off for retailers."

During the past few years the use and applications of bioplastics have steadily increased from 180,000 tons in 2008 to 724,000 tons in 2010. The trade association European Bioplastics estimates that in the year 2015 worldwide 1.7 million tons will be produced. Bioplastics are regarded as the salvation of the packaging industry, but they still eke out a niche existence despite promising beginnings. In our interview, Winfried Batzke, Managing Director of the German Packaging Institute, points out strengths and weaknesses of bioplastics.

“Biocompatible, biodegradable, regenerable and renewable raw materials“: those are the new buzzwords. What differences are there between them?

Renewable and regenerable raw materials are materials that originate from agricultural or forestal production.
Everything that breaks down naturally (on its own) or when supplied with heat to its natural components is considered to be biodegradable. That said, the buzzword only states that it is theoretically possible, not that it actually happens this way and it doesn’t state at all how long this process takes if I only were to throw it into my compost pile.

One of the most promising candidates among the biopolymers in foil packaging is PLA foil (polylactid acid). Biopolymer packaging films have been on the market for quite some time, but their market share to date has been modest. Why is that?

In the past there were three decisive reasons: for one there is the chicken or the egg dilemma between demand and capacities, i.e. the willingness to build up capacities failed due to lack of demand; on the other hand bulk consumers were not able to change over, because the supply wasn’t secured.

Secondly, the processability was not as good as it is with petroleum-based plastics and thirdly the disposal and recycling of waste, respectively, is not resolved. PLA foils are not recognized as such by the consumer, the first step in the waste management chain, and are then disposed of in the yellow recycling bin (comment: recycling bins are yellow in Germany) in which they don’t belong. And they should also not be placed into the bio-waste container, because the composting process is not designed for this fraction.

The packaging industry is a very innovative industry sector. How does retail react to biobased products such as whey-based or pea starch- based plastic films and what is so special about this type of packaging?

These are primarily very, very small niches that still play a minor role in the entire trade volume. Commercial enterprises are interested in manufacturers trying and testing these out, because they all are looking for sustainable alternatives to petroleum-based materials and know that the demand with the customer is increasing. But since the price for packaging also has to be right, for the bulk of the products companies prefer mature solutions and materials that meet all demands and have proven machinability over many years. Only high volume offers cost-effective production, smaller amounts are not able to keep up with that.

Is the use of bio-packaging worthwhile for retailers? Brand manufacturer like Danone are forced to take their packaging off the market: isn’t this counterproductive for the introduction of bioplastics?

If consumers ask for and purchase products in this kind of packaging, it always pays off for retailers.

As far as the “Danone Case“ is concerned: Danone is definitely moving in the right direction by trying to replace petroleum-based plastics with renewable resources. But since the processes are still not quite as fully developed and maxed out, the environmental track record is currently still not better than when you use traditional plastics. But it is also no worse either! And this is actually great news! What’s more, I think the attacks on Danone regarding the use of agricultural land are beside the point. The use of agricultural products for packaging is low and testing renewable resources is right for the manufacturing of packaging materials.

Packaging manufacturers design new packaging and develop production processes for them. That’s not an easy task. Less material thickness is one solution. Are bioplastics the long awaited salvation and how do you rate the future of bioplastics?

In the long run we won’t be able to avoid replacing fossil raw materials as a production basis for plastic packaging, if we want to continue to utilize the benefits of such packaging.

However, this is primarily about the origin of these materials and not so much about their degradability. Because if I create efficient material cycles for the biobased plastics, I retain both the raw materials and the expended energy. In contrast, I would have to produce biodegradable products over and over with new energy input.