”When I was alerted to potential mystery shoppers, I was always especially watchful“ 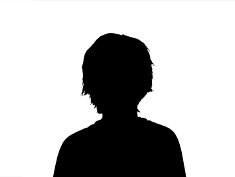 Karin S.: "After the test purchases, I was often surprised that this particular customer ended up being the mystery shopper."

Karin S. works in the service area of a gas station. Her daily routine includes taking in money for gas and oil as well as snacks, beverages and other food items. Even at gas stations, test purchases contribute to making service better. Mrs. S. tells us in our EuroShop interview, how she was being prepared for mystery shoppers. She also talks about how mystery shoppers have influenced her work.

Mrs. S., are you being alerted to a potential mystery shopper?

Yes, I am generally being prepared for it. If my boss hears about planned test activities, she usually tells me the calendar week and asks me to provide especially thorough and comprehensive customer contact and service.

How often have you been tested so far?

During the past two years, I have been tested five times. However, my colleagues have told me that they have also been tested about as often during the same period. Test purchases are a regular tool for our company to improve service.

That is actually quite often. Have you learned how to spot mystery shoppers over the years?

No, not really. All mystery shoppers I have dealt with were no different from other customers – neither in appearance nor in their behavior. That said I generally assumed that the mystery shoppers would be male. I cannot really explain why. And sure enough, I have exclusively been tested by male mystery shoppers.

Are you still able to remember how you felt during and after the mystery shopping situation?

After the test purchases, I was often surprised that this particular customer ended up being the mystery shopper. But since I always received positive feedback, I felt vindicated in my work and my personal customer service standards.

Can you still reconstruct the transaction?

Generally, people make use of different services at our gas station. This means, the customer refueled and bought a snack from our Bistro for example. During checkout, I did not just ask him for his charge card, but also recommended additional products. A friendly greeting and good-bye are a matter of course for me anyway. Yet those are also essential test criteria for mystery shoppers.

How did your supervisors handle the results of the test purchases?

So far, everything was always OK for me and my colleagues in the service area. There were subsequent changes in product arrangement and presentation for example. In this case, company management responded to the comments and suggestions made by the mystery shoppers.

The interview was conducted by Elisabeth Henning; EuroShop.de