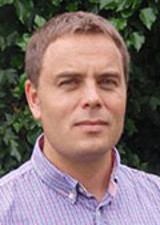 Nicolas Réhault: "The new system delivers all the energy to operate refrigeration and freezer units as well as cold storage rooms"

The energy-efficient store by discount grocer Aldi Süd in Rastatt, Germany, is said to only require two-thirds of the energy normally required for cooling, heating, ventilation, air conditioning and lighting. A new energy concept that includes a specially designed cooling system that was developed in collaboration with the Fraunhofer Institute for Solar Energy Systems (ISE) makes this possible. In this EuroShop interview, Nicolas Réhault, Team Leader of the ISE, introduces the main points of the concept and explains how supermarkets can realize additional energy savings.

Mr. Réhault, the Fraunhofer ISE has developed a holistic energy concept for supermarkets together with Aldi Süd. Can you briefly explain the main points of the concept?

Aside from the owner Aldi Süd, a planning team made up of different specialized companies was involved in this project. A geothermal energy system that uses carbon dioxide as a coolant forms the pivot point of the concept. Refrigeration is the focus of this project, since this area can account for more than half of the power consumption in a supermarket. The new system delivers all the energy to operate refrigeration and freezer units as well as cold storage rooms and heat or cool the entire store.

What are the differences compared to previous cooling systems?

Contrary to the typical plug-in refrigeration units in food retail that release their waste heat uncontrolled into the store during the winter and summer, at Aldi Süd in Rastatt all cooling units are linked with a central compressor unit and can thereby all be controlled at the same time. During the wintertime, the system recovers the heat through a heat exchanger and uses it to heat the salesroom. It dissipates the residual heat through a gas chiller and geothermal heat pump into the surrounding area. The heated water flows into the ground via probes, dissipates the heat from the refrigerant cooling process and is then fed back in a cold state. Thanks to dissipating the waste heat of the cooling units into the surrounding area, the cooling process only uses about half as much electricity compared to similar plug-in stand-alone equipment. We also measured and found out that the geothermal system increases the efficiency of the cooling device through additional refrigerant cooling by approximately 6 percent.

Another innovative factor is the ventilation process. Since it is only required to pump fresh air back into the pilot store, it only needs to be about a third of the size compared to similar equipment in standard stores that also heats or cools. The supermarket is then no longer heated through the ventilation system, but through concrete core activation. The waste heat recovered from the cooling process solely supplies the heating system. The market only requires electricity as its sole energy source and is able to dispense with gas, oil or district heating.

What advantages result from this compared to today’s typical solutions for cooling systems in supermarkets?

The operating company is definitely able to comply with the guidelines set by the German Energy Saving Regulations with a system that is based on this concept. This legal ordinance regulates structural standard requirements on the efficient energy demand to operate a building or construction project. In some instances, the system even goes below these standard values. This is why this is actually a trendsetting concept, since there will be progressive tightening of the regulation scheduled to occur over the next few years. In addition, greenhouse gas emissions are significantly reduced by lowering energy consumption and the use of the environmentally friendly coolant CO2, namely by up to 40 percent compared to a standard store.

Another aspect of this concept is lighting. How can the new concept help in reducing energy consumption and costs?

This supermarket features artificial lighting control based on daylight detection: light enters through special triple-glazed skylights. A microscreen is located between the individual glass panes, which deflects direct sunlight by 95 percent and only allows indirect light to pass through. The artificial light, meaning the switched on lamps, are automatically controlled depending on the available natural light, which also makes additional savings in lighting costs possible. This does not just save energy, but also increases the comfort for customers and employees at the same time. After all, natural lighting is far more pleasant for many people than exclusively artificial lighting.

What other options do supermarket operators have to realize additional energy savings for their company?

Using the basic concept, the monitoring team has definitely identified further optimization potential. This has already been incorporated into the development of another supermarket where the “next generation” cooling system is being used. In this case, smaller compressors are being used. The geothermal heat pump was also optimized and the heating and ventilation concept adopted. We already have initial measurements from this cooling unit and are therefore able to say that these improvements make additional energy savings of another 15 percent possible. Thanks to new findings during day-to-day business in the first store, the system settings were already fine-tuned to make further savings possible.

We optimized concept components with new control strategies to where we were able to achieve 25 percent in energy savings compared to a standard store during our second year of operation. This already comes very close to our goal of 30 percent.

As I have already mentioned, so far there is another facility in Southern Germany – besides the pilot store in Rastatt – where the “second generation” of cooling systems has been installed. Other supermarket operators have also developed their own successful concepts. However, the participating cooling systems manufacturer now offers this special cooling system based on the experiences we gathered during our project. As far as we know, linking this type of cooling system with a geothermal system is so far one-of-a-kind.