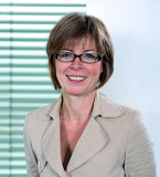 Marlene Lohmann: "Digital marketing still only gets a small piece of the advertising pie"

Retail today has a great many possibilities for advertising and customer communication available – and the Internet constantly creates new channels. Nevertheless, the traditional types of advertising such as ads, flyers and catalogs continue to be among the frontrunners in the marketing mix of retailers. In our current iXtenso interview, Ute J. Holtmann, Head of Public Relations and Marlene Lohmann, Head of Marketing Research at the EHI Retail Institute, explain which communication channels retailers use and which media continue to gain in importance in terms of product advertising.

What different types and formats of advertising are increasingly being used in the retail market today?

Marlene Lohmann: We know from our ’Marketing Monitor 2012’ retail survey that most of the advertising budget in retail is still spent on traditional sources. Traditional print media continue to lead in price communication. Surprisingly, e-commerce in particular is a promoter of these traditional types of advertising, since catalogs and print ads are considered indispensible as an inspiration for later online shopping. Digital marketing still only gets a small piece of the advertising pie, but is predicted to have the largest budget increases in the future. At almost 53 percent of the advertising budget, advertising flyers and magazines followed by ads at 13.6 and direct marketing at 7.4 percent are still the three winners in trade advertising. The people in charge see the reasons for focusing on print in the great measurability of results, the high return on investment and the fact that this type of advertising is a medium customers as well as employees know well already. Overall, flyers are ‘the one and only alternative‘.

Although digital marketing is currently still near the 5 percent threshold (5.9), it is scheduled to advance to third place by 2015 due to a budget increase of almost 100 percent. This would topple print ads, for which the biggest losses of one-third are being predicted, off the podium to fourth place. Radio is also one of the predicted winners according to marketers. The percentage here increases by well over one-third from 5.5 to 7.4 percent. Overall, the budget adjustment trend towards digital continues. Future communication strategies are about creating an ideal and efficient media mix of offline and online channels, which focuses particularly on the customer and the brand and is open for new technological developments.

Is price still the most important factor in the advertising strategy of commercial enterprises?

Lohmann: Price communication, promoted by strong print ads, is actually very popular. Flyers are still number one on the retail popularity scale. However, retail is also working on building successful brands, increasing their profile and sharpening the brand image. The private label plays a key role in this context. Many retailers promote the expansion with high priority. A strong brand is indispensible for retailers, particularly in terms of building and expanding online presence. ”Everything for the customer“ describes the attitude that centers on the customer for all marketing activities. All strength of communication is placed into the customer dialog and is intended to strengthen customer loyalty. Customer centricity replaces channel focus and results in the customer being able to even choose his/her communication channel at the end of the day. 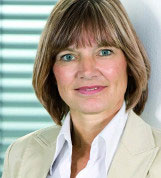 Ute Holtmann: "It is for sure that media usage will continue to change and that companies have to adapt their communication to it"

Recently, the EHI has introduced the ’PR in Retail’ study. Could you briefly summarize the findings of the study?

Ute Holtmann: In our ‘PR in Retail’ study, we survey the people in charge of retail public relations and reflect selected questions with the opinions of managers.

The following results were striking in the recent 2012 survey: More than 80 percent of PR pros and managers believed that the retail image is worse than it deserves to be based on actual performance. The obvious need for PR beyond company borders and sociopolitical developments such as energy, food or financial crises have increased the importance of public relations in retail.

Society’s awareness of sustainability is increasing more and more and consumers make greater demands to that effect on companies with regard to their social commitment and corporate citizenship. Directors of Communication are aware of this as well as of the fact that their companies have become more transparent and vulnerable due to social media. This is why at this point for almost 90 percent of them corporate responsibility has become an integral part of communication.

Social media has also become an integral part of communication, but ranks in second place behind print advertising in the importance of communication channels. For one-fifth of companies, mobile PR has already become a part of communication. For most companies however, special mobile applications such as apps for instance are so far not a relevant topic, but an increase in significance is forecasted. The early results of the ’PR in Retail 2013’ study, which will be introduced at the end of February at the EHI PR Congress in Cologne, suggest an increase in significance for mobile applications.

What does customer communications look like today, and which channels do retailers use to specifically target the customer?

Holtmann: Communicating with the customer takes place via all channels and depends on the target group. While the ’always-on generation‘ can be easily reached via Internet channels, there are customers, who should be specifically approached through traditional media. This is no different in advertising from corporate communications. Some companies reach many customers via Facebook, while others still trust in newspaper inserts. It is for sure that media usage will continue to change and that companies have to adapt their communication to it. Whether ten years from today the now 20-year-olds are still going to read daily newspapers in printed form or whether they go online, remains to be seen. There is a lot of fluctuation in mobile PR on the market at the moment. In 2012, mobile PR in corporate communication had already arrived in one-fifth of surveyed companies. Sixty percent are planning to use it. One can assume an increase in activities for this area in the future.

Given the different scandals by food retailers and textile and technology manufacturers, how much transparency should and must retailers permit, particularly pertaining to manufacturing processes?

Holtmann: Transparency is a confidence-building measure. However, the call for transparency is a very hyped-up topic, also thanks to the media. In reality, only relatively few people take the trouble to check company statements on their degree of truth. They prefer to rely on whether the source of the statements is believable or not. Credibility as a part of a company’s reputation is built over a longer period and is connected to a documented corporate attitude. In this year’s PR study, so far the majority believes: the more transparent a company is, the more believable it is!